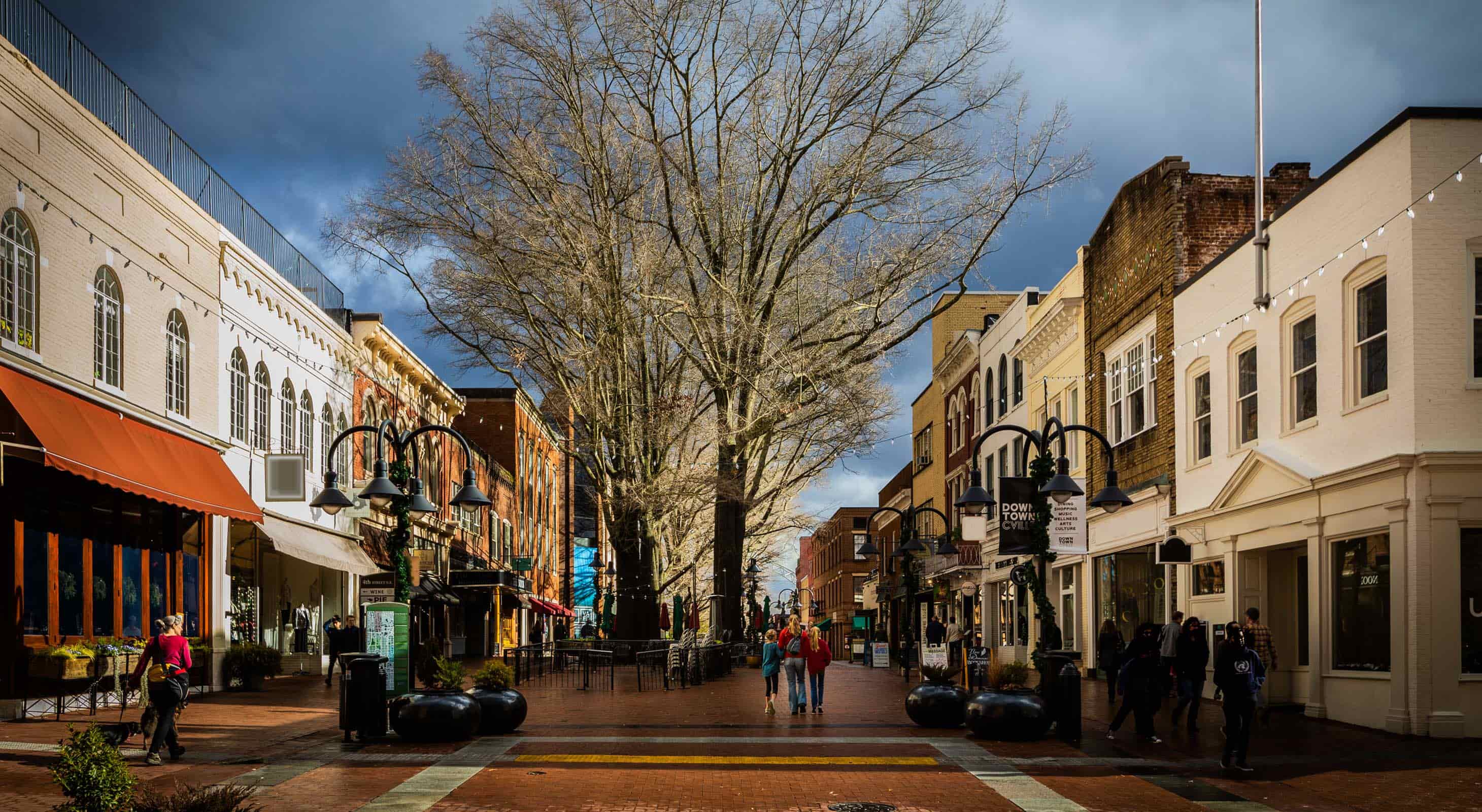 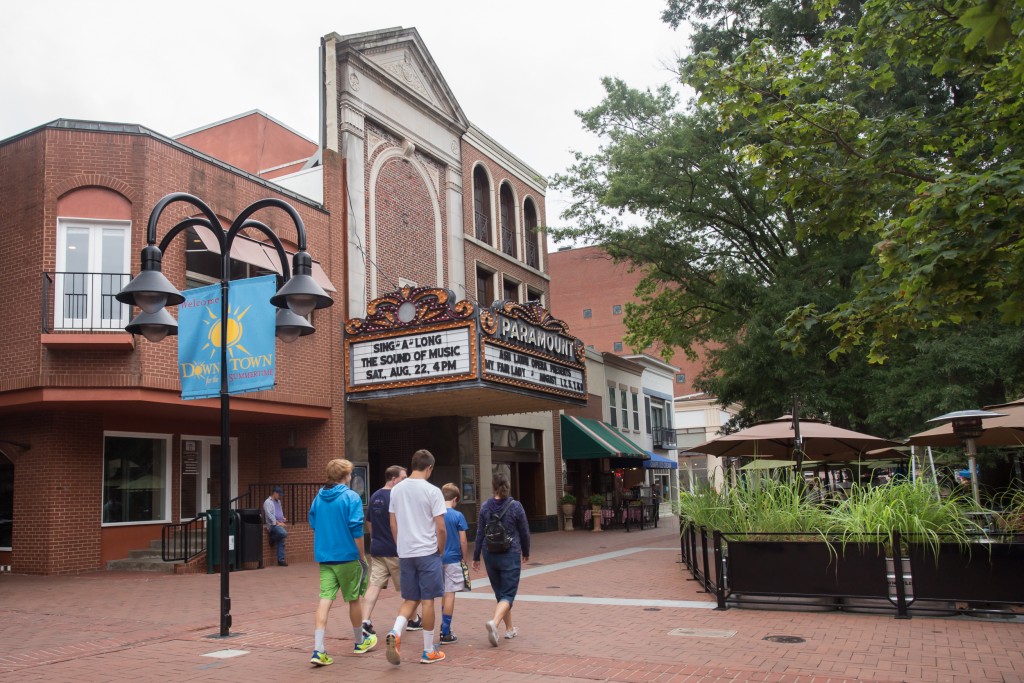 Historic Downtown Charlottesville, personified most often by the Historic Downtown Mall, is considered one of the finest urban parks in the country. When you visit you’ll find a lively collection of more than 120 shops and 30 restaurants in the historic buildings on and around old Main Street.

Located on the mall, The Paramount is a historic theater in a historic building. It was in fact part of the golden age of cinema, designed by Chicago architectural firm Rapp & Rapp, architects of The Paramount-Publix chain and its flagship theater in New York City’s Times Square. The Paramount in Charlottesville, however, has that small-town Americana feel you can’t find in many places anymore.

With its Greek Revival-influenced façade, the octagonal auditorium chamber, delicate detailing, and neoclassical grandeur, the theater reflects the sensibilities of Charlottesville’s most influential resident, Thomas Jefferson.

But thanks to the non-profit Paramount Theater, Inc., purchasing the building in 1992, and a grant from the City of Charlottesville, the marquee was restored. Since then, the theater has been meticulously restored and new facilities added to once again become a regional performing arts hub.

Also located in Historic Downtown Charlottesville on the Mall, the Jefferson Theater was established in 1912 as a live performance theater that hosted silent movies, vaudeville acts and a historic list of live performers, ranging from Harry Houdini to The Three Stooges.

The Jefferson was reopened in 2009 after its own comprehensive restoration. The Jefferson now houses two full-service bars, a restored balcony, and state-of-the-art sound and lighting systems. The venue now plays host to a range of genres including rock, bluegrass, reggae, country, metal and hip-hop.

Founded in 1940, the Albemarle Charlottesville Historical Society is a private, non-profit educational organization located in the historic McIntire Building. This Beaux Arts style building opened in 1921 as the city’s first municipal library. The society moved in in 1994 after an extensive renovation.

At the Society’s research library, there are over 2,000 books and bound periodicals, as well as manuscripts, maps, pamphlets, newspapers, and vertical files relating to the history of the community. And the archival collection contains over 1,500 artifacts of historical significance to Charlottesville and Albemarle County.

If you’re after history, you’ll find it here.

Prospect Hill is a way you can literally stay inside history when you visit Charlottesville. Our historic inn and farm offers beautiful accommodations that will only enhance the history-lover’s stay. Our restaurant and beautifully appointed suites provide the special experience you can only get from a historic site. And don’t forget to download our free vacation guide to help you plan your getaway!

Book two or more nights in February or March and enjoy a complimentary bottle of Virginia wine and our Strawberry Decadence Indulgence upon arrival.