There was a time when nearly every movie “Hollywood” produced was filmed in… well, Hollywood.  But no more!  In this day and age, it can be hard to tell if a movie was shot at an actual location or just on a large sound stage, or even created on a small computer screen.

With the creative demands of today’s directors, combined with the technological advancements in movie-making equipment, movies can be filmed literally anywhere.  Charlottesville (and Central Virginia in general) is no exception to that, as we’ve served as the backdrop of a number of Hollywood hits (and a few not-so hits, too).  Which of these “Hollywood” movies filmed near Charlottesville, Virginia have you seen? 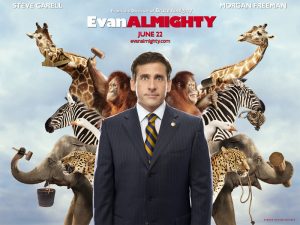 Crozet provided the backdrop for the ark – which was the setting for this modern-day Noah / animals / flood movie shot in 2007 and starring Steve Carrell. When all was said and done, the ark stood an impressive 50 feet high, 80 feet wide and 260 feet long.  What was even more impressive was the film’s budge, set at a whopping $200 million, making it the most expensive comedy ever produced in Hollywood, and certainly the priciest shot in Virginia. 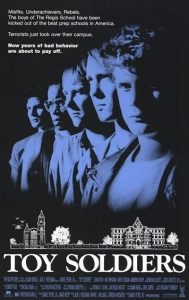 Toy Soldiers (filmed at The Miller School in Charlottesville)

Founded in 1878 as a boarding school for orphans, this historic school provided the ideal backdrop for the 1991 film Toy Soldiers. Using the interior and exterior of the Miller School, the movie depicts a terrorist takeover at a boy’s school and the heroic students who fight back. 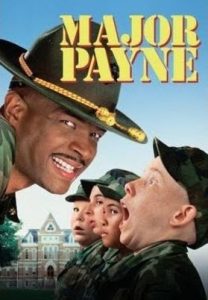 Major Payne (filmed at The Miller School in Charlottesville)

Just a few years later, the school was once again chosen as a film set, this time on a lighter note. In 1995, Major Payne told the comic story of a Marine officer (Damon Wayans) who sets out to train a delinquent JROTC group at a local school. 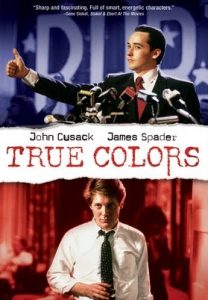 This 1991 film about two law school friends who must navigate the murky waters of justice, politics, and betrayal features scenes in Charlottesville and Richmond. The University of Virginia, The John Marshall Hotel, Shockoe Bottom, and The Fan all appear in this classic starring John Cusack and James Spader. 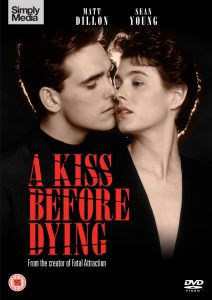 A Kiss Before Dying (partially filmed in Charlottesville)

In this 1991 neo-noir remake of the 1956 film (starring Matt Dillon, Sean Young and Max von Sydow), a determined student murders his pregnant secret girlfriend and moves onto her twin sister, who gradually becomes suspicious of her new lover. 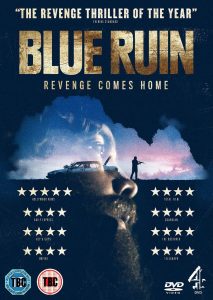 Premiering at the Cannes Film Festival in 2013, this thriller won the FIPRESCI Prize.  A mysterious outsider’s quiet life is turned upside down when he returns to his childhood home to carry out an act of vengeance.  Proving himself an amateur assassin, he winds up in a brutal fight to protect his estranged family. 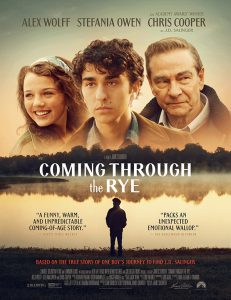 This 2015 coming-of-age drama follows two teenagers who run away from boarding school to find the reclusive author J. D. Salinger, played by Chris Cooper.  Inspired by the director’s own quest to find Salinger, their search becomes a journey of sexual awakening, love and loss. 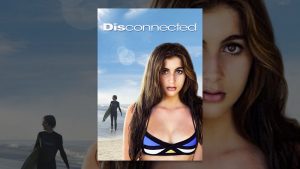 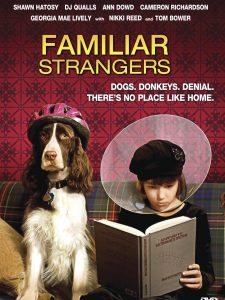 This 2008 film follows the Worthington family as they negotiate the changing relationships between parents and children, especially as those children grow into adulthood.  Through this story and the conflict and communication that occur, they come to recognize the friendship and love that can exist between parents and their adult children. 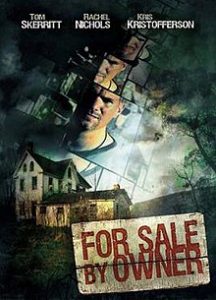 For Sale by Owner (filmed mostly in Charlottesville)

This 2009 horror film tells the story of a newly married couple who purchase a distressed older home in Virginia. Originally intent on making the house a fixer-upper project for the summer, they soon learn that the house is not at all what it seems to be, with links to the husband’s past, as well as the lost colony of Roanoke.  The cast includes Tom Skerritt, Skeet Ulrich, Joanna Cassidy, and Kris Kristofferson. 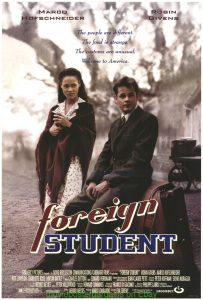 A 1994 American drama starring Robin Givens and Charlotte Ross, this film follows a young French student as he receives a fellowship to study abroad in the U.S.  Thrilled to experience American culture firsthand, he enrolls at a well-regarded university in Virginia, but has a difficult time adjusting to his foreign environment. While Philippe gains the attention of an attractive classmate, he is more intrigued by a beautiful young black woman. 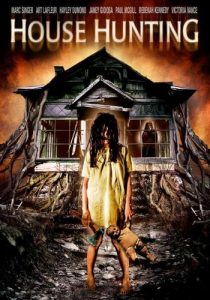 Holding its world premier at the 2012 Virginia Film Festival, this psychological horror-thriller follows two families as they search for a new home.  Upon touring a deserted farmhouse, the families discover that every attempt to leave takes them right back in. Stuck in this “purgatory”, they are haunted by the home’s former owner, who declares only one clan will be able to call the house their home. 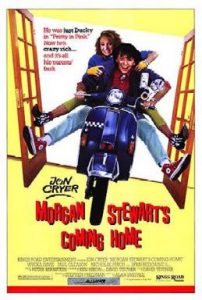 In this 1987 American comedy, a free-spirited teenager attempts to get back in touch with his overly conservative parents after returning home following years away at a boarding school.  It stars Jon Cryer, Viveka Davis, Paul Gleason, and Lynn Redgrave. 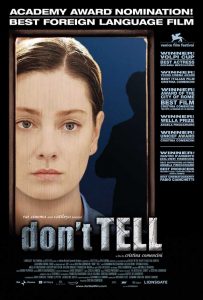 In this 2005 film, Sabina is satisfied with her job, her love, and her life.  About the time she discovers that she is pregnant, nightmares begin disturbing her sleep.  As she step-by-step begins remembering her childhood, she realizes there is a big secret hidden within her heart.  She seeks to contact her brother in the U.S. to try to understand what happened in their past… to discover the secret… to free herself from the “beast inside her heart”.  It was nominated for the Best Foreign Language Film category in the 78th Academy Awards. 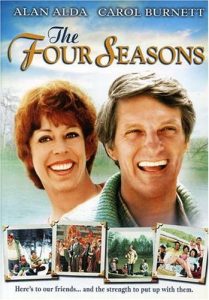 The Four seasons (partially filmed at nearby Keswick Country Club)

This 1981 romantic comedy revolves around three wealthy married couple who vacation together during each of the four seasons of the year.  Along the way we are treated to mid-life, married, parental and other crises. Written, directed, and starring Alan Alda, this film co-stars Carol Burnett, Len Cariou, Sandy Dennis, Rita Moreno, Jack Weston and Bess Armstrong.

This 2016 American slasher film tells the story of a deaf writer who retreated into the woods to live a solitary life, and now who must fight for her life in silence when a masked killer appears at her window.

Lake City (filmed partially in our own Louisa County)

A desperate young man, on the run from a dangerous drug dealer, returns to hide with his mother, years after a searing family tragedy drove them far apart.  However, his old and new lives are about to collide.  This 2008 drams stars Charlottesville’s own residents, Sissy Spacek and Dave Matthews.

So You See… Even Hollywood Knows How Beautiful Charlottesville, Virginia Is!

Want to film your own movie and add to this list of “Hollywood” movies filmed near Charlottesville, Virginia?  Or do you just want to discover what these films (and others) found so charming about the Charlottesville region?  If so, we can help you plan your visit!  Consider staying at Prospect Hill Plantation Inn, conveniently located just 20 minutes from Charlottesville (and close to many of these surrounding filming locations).  Our Country Inn offers the perfect respite from your hectic schedules, as well as stunning views, amazing breakfasts, social media-worthy dinners, and classic memories (and… bring your laptop and you can borrow from our extensive DVD library, too)!  Click here to reserve today!