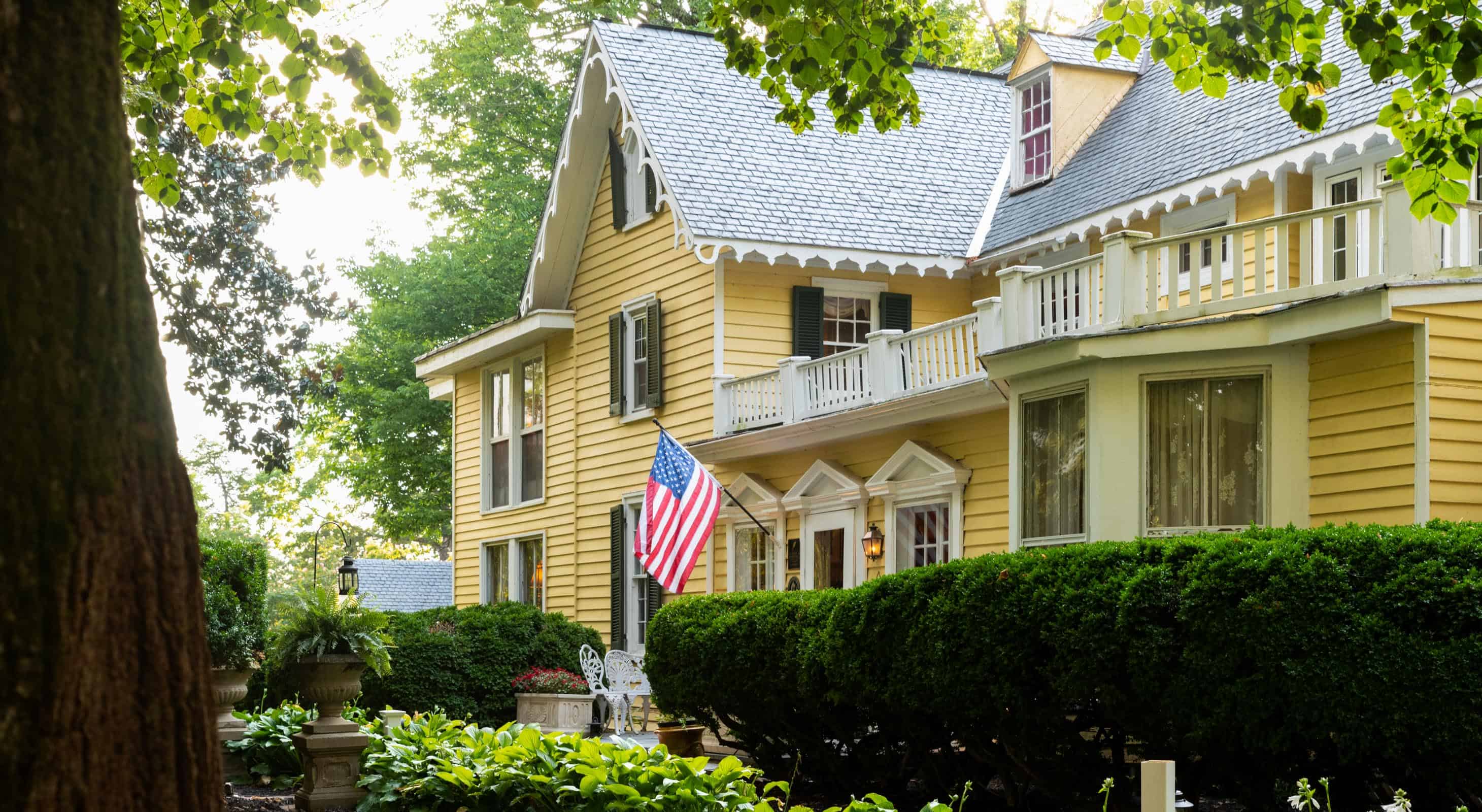 Since its inception in 1699, Prospect Hill has served many different roles, including as a private home, wheat plantation, boarding house, school, bed and breakfast, and restaurant.  However, one of the most colorful roles she played, though short-lived, was as the home of an artist colony.  Here is the back story of the Virginia Center for the Creative Arts at Prospect Hill Plantation…

The daughter of two artists, and granddaughter of famed minister Edward Everett Hale, was working in New York City as an assistant editor at Vogue (and writing short stories for Scribner’s, Harper’s, and Vanity Fair), when she decided to move to Charlottesville, Virginia in the 1930’s.  Several years later she married a professor of English at the University of Virginia. She continued to write, including her best-selling book, The Prodigal Women, and would eventually become one of The New Yorker’s most prolific fiction authors (having published over 80 stories in the magazine). 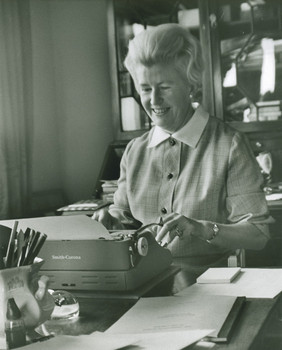 Betty, a great granddaughter of publishing magnate J.B. Lippincott, was born and educated in Pennsylvania, but spent her time raising horses at Coleswood Farm near Keene Virginia. An independent woman, she attended the first inauguration of President Roosevelt, flying her own Piper Cub Coupe “Our Betsy”.  Writing her entire life, she was published in national magazines (such as the Saturday Evening Post) and authored several books, including Nancy Astor and Her Friends, Monticello: A Family Story, A Virginia Family and Its Plantation Houses, Vieques: History of a Small Island; 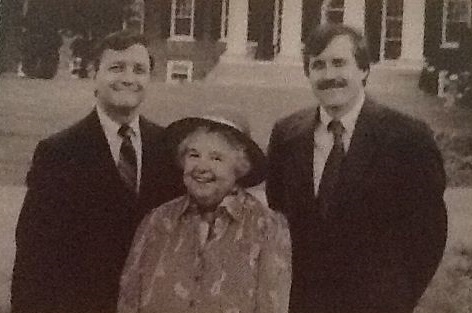 The Albemarle County estate originally known as “Bellevue” (c. 1769) was renamed “Wavertree Hall Farm” and transformed by a Kentucky Colonel into one of the country’s best-known equestrian estates.  Wavertree Hall Farm eventually passed to the Colonel’s son, Churchill Newcomb (the great-grandnephew of John Churchill, who donated the land for Churchill Downs) and his wife, Edith.  Edith founded the Loudoun Country Day School in Leesburg, Virginia and served as its headmistress in the late 1950’s and early 1960’s.  Following the death of her husband in 1962, she found herself looking to put her large estate to good use.

History of The Virginia Center for the Creative Arts

In the late 1960’s, Nancy Hale happened to be speaking before the Virginia Commission for the Arts and Humanities.  When asked what the Commonwealth could do to encourage the arts, she suggested the simplicity of encouraging art “at its producing end rather than at the performance, publication, or exhibition end.”  She further responded: “If Virginia really wanted to further the arts, it could do so easily, moreover cheaply, by purchasing an abandoned motel and staffing it for writers to write in, feeding them and seeing that they were uninterrupted.”  Inspired both by Hale’s comments, and by her own 1968 residency at the MacDowell Colony in New Hampshire, fellow writer Betty Langhorne began plotting ways to establish an artists’ colony in Virginia, albeit a bit more upscale than an “abandoned motel” might suggest.  As her vision blossomed, Betty knew the ideal location… her longtime friend’s home, Wavertree Hall Farm near Charlottesville, Virginia.

With a little encouragement from Betty, Edith Newcomb graciously offered Wavertree Hall Farm (and additional financial support) for the establishment of the Virginia Center for the Creative Arts. A board of directors was organized and efforts were begun to raise funds for the project. Elizabeth Langhorne agreed to serve as the first president of the nascent board with William Massey Smith serving as vice president and Alex von Thelen as treasurer.  Other board members included authors Nancy Hale and Peter Taylor, along with George Kendall, himself a former longtime director of the MacDowell Colony.  Edith Newcomb served as the Residency Director of Wavertree. 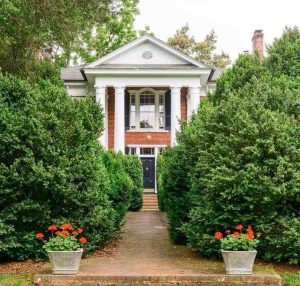 Wavertree Hall Farm, the original home of the VCCA

On April 8, 1971, a dream was realized and the Virginia Center for the Creative Arts was incorporated in the Commonwealth of Virginia.  The first sixteen Fellows began arriving at Wavertree in June of 1971, and international Fellows from Korea and the United Kingdom arrived the following year.  VCCA offered residencies of two weeks to two months, and operated on a six-month per year basis for more than two years.  As the Center grew, leadership of the Board was turned over to H. Kenneth White, an architecture professor at the University of Virginia.

In the Autumn of 1973, Edith Newcomb’s daughters, Katherine and Penelope, decided to return to the family home to live.  Once again serving as the private home to a family, Wavertree no longer fully met the needs of the VCCA.  While it had only been open for two and one half years and was only operating six months out of the year “due to budget problems”, it was clear that the concept of the Virginia Center for the Creative Arts was a success. And having proven that the VCCA could attract top-level artists who produced a high level of work, Betty Langhorne felt empowered to find another and more permanent home for the VCCA.

Virginia Center for the Creative Arts at Prospect Hill

On the opposite side of Charlottesville (in western Louisa County) and several years earlier (1969), Prospect Hill Plantation, an historic former wheat plantation, had been sold out of the estate of Miss Marcie Overton (the sole remaining descendent of the family that had owned the plantation for more than 100 years). The family that purchased Prospect Hill set about to restore and preserve the historic grounds and buildings.  One of the ways this was accomplished was by placing the property under an easement with the National Park Service, a decision that would effectively preserve the historic nature of Prospect Hill (but would hamper the growth of her future tenant… the VCCA).

In late 1973, Mrs. Rosamund Frost Lowell came to VCCA’s rescue by offering to purchase Prospect Hill Plantation and donate its use to the center over a five-year period.  A member of the VCCA Board of Directors at the time, Mrs. Lowell gave as her reason for the philanthropic gesture “her interest in the success” of the VCCA.  Her plans included leaving Prospect Hill to the VCCA in her will, or either deeding it to the center prior to her death.  Thus it was that Rosamund Lowell purchased Prospect Hill (and 41 acres of land) in December, 1973 for $137,500.00. 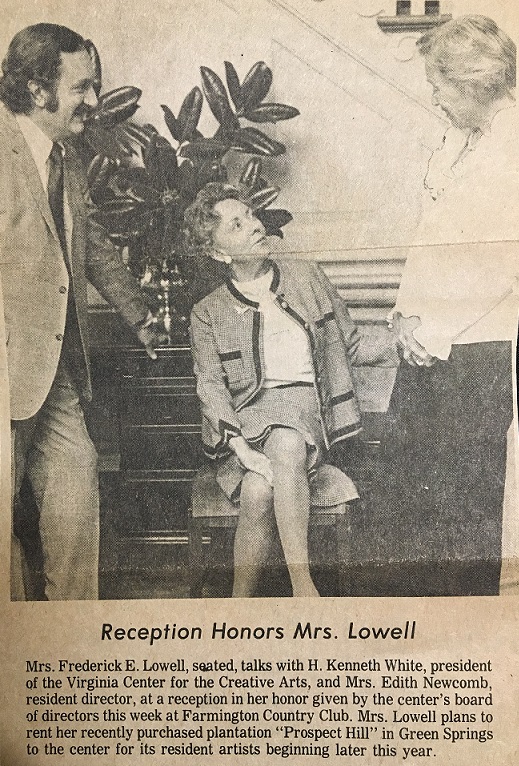 A fundraising effort was begun by the Board, with various levels of sponsorship available.  For example, the Carriage House/Tack Room could be “sponsored” for $15,000 (which would fund a complete renovation) and would include “naming rights”.  Smaller sponsorships were offered to create more daytime studios from the plantation’s dependencies.  In addition, a number of fellowships were sought to be established for $1,000 each, which would enable the recipient to remain in residence at the center for 10 weeks. 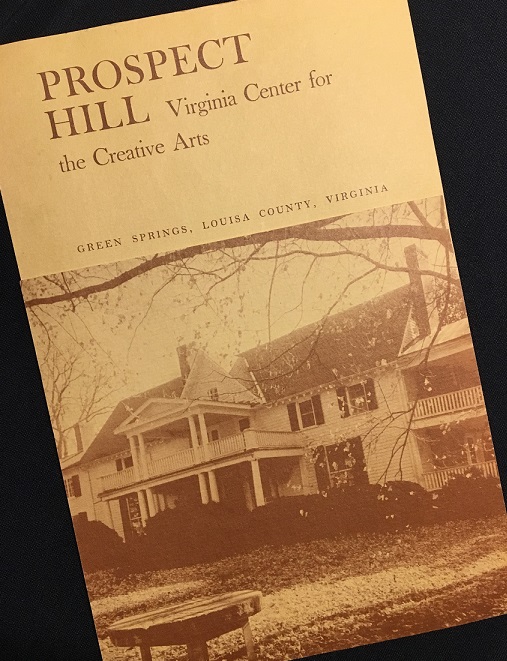 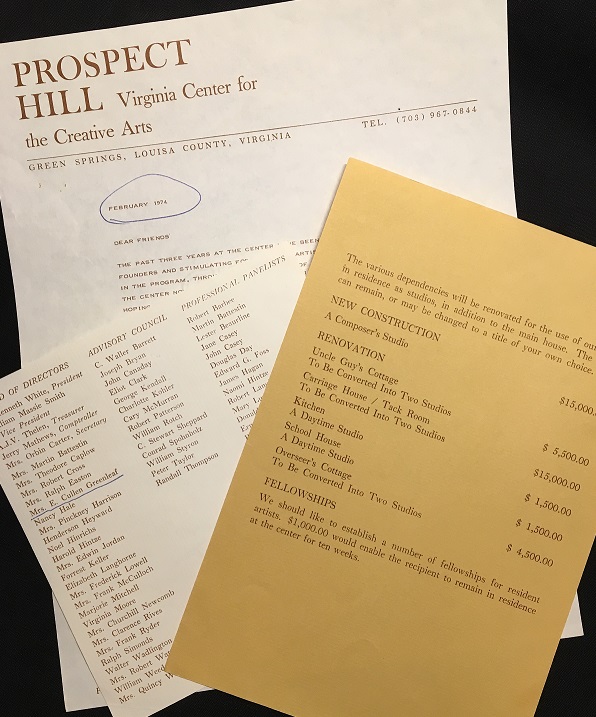 In June of 1974 the VCCA was re-established at Prospect Hill Plantation, and soon after received its first challenge grant ($10,000) from the National Endowment for the Arts.  By this time, the board of Directors was comprised of 30 individuals, including Mmes. Hale, Langhorne and Lowell.  It wasn’t long, however, before the VCCA would be searching for a new home.  Faced with the ongoing financial difficulties of establishing this new non-profit, the limited capacity of the Prospect Hill estate and, especially, the stumbling blocks of renovating within historic guidelines imposed by the National Park Service, the board made the painful decision to close the Virginia Center for the Creative Arts at Prospect Hill in the fall of 1975. 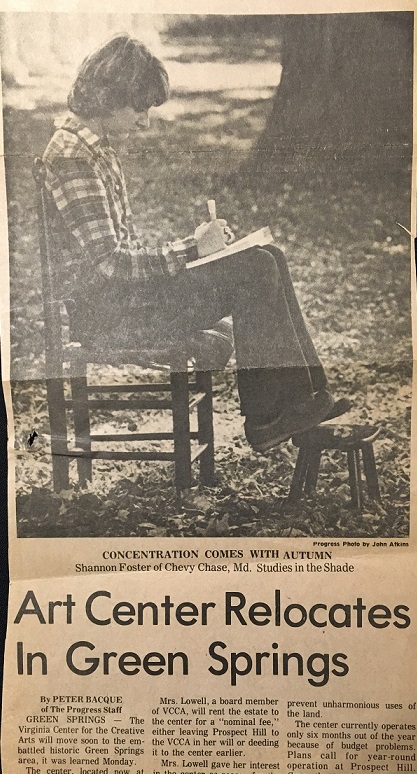 The (Charlottesville) Daily Progress (circa 1973)

Reluctant to give up her dream of a Virginia arts colony, Betty Langhorne shared her enthusiasm with William Smart, VCCA Fellow and professor of English at Sweet Briar College, a vibrant liberal arts women’s college located in Amherst, Virginia.  She proposed the idea of a trial summer residency program on the campus (with the possibility of a permanent year-round retreat on Mt. San Angelo, a nearby 450-acre estate owned by Sweet Briar). Smart was enthusiastic and supportive. Accepting the position of director of the VCCA in 1975 (he would go on to lead the VCCA for several decades), he and Langhorne worked diligently with Sweet Briar College on a plan. The enrichment to the educational offerings of the college appealed to Harold Whiteman, Jr., president of Sweet Briar, and in the summer of 1976, two five-week sessions were held, with eighteen fellows in residence. When these proved successful, the college and VCCA, now under the leadership of its new president, Jane Camp, began working on a longer-term tenancy agreement.

In the fall of 1977, the buildings and grounds of Mt. San Angelo were leased to the VCCA for a period of twenty-five years.  After renovations to both the 1930s-era barn and the 1850s-era mansion, Mt. San Angelo opened to Fellows on January 1, 1978.  Fifty-six Fellows were in residence at VCCA during 1978.  Tragically, on July 17, 1979, the mansion was destroyed by fire while undergoing renovations. With a spirit of perseverance, the board of directors resolved to rebuild and established the Phoenix Fund. A new residential building was constructed in 1981 and the remaining sections of the barn were converted to studios, bringing the capacity of VCCA to twenty-four, and making it one of the nation’s largest, most-established, and most-respected year-round artists’ communities. 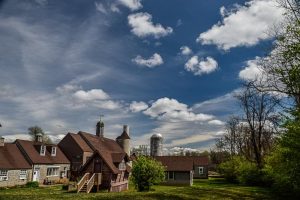 The VCCA campus in Amherst, Virginia

As the only artist community in the nation directly associated with an institution of higher learning, VCCA benefits greatly from this unique relationship. VCCA Fellows at allowed to use many of the College’s facilities (including the libraries, computer labs, pool, exercise rooms and walking trails), and may also attend campus lectures, plays and concerts. In return, VCCA Fellows periodically visit the campus to give lectures or informal talks.  The two institutions also collaborate on programs that bring writers, visual artists and composers to VCCA and Sweet Briar, offering opportunities to faculty and students.  Since 2004, VCCA has offered fellowships at its studio center, Le Moulin a Nef, in Southwest France.  A $1 million anonymous donation (one of the largest gifts in VCCA’s history) was used to create the Elizabeth Coles Langhorne Memorial Endowment Fund for the operation and improvement of the French property. 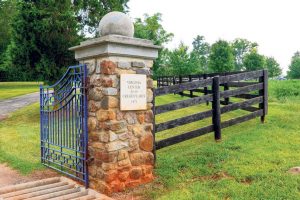 In its nearly 50-year existence, some 5,900 writers, artists, and composers have benefited from residencies at VCCA, including winners of National Book Awards, Pulitzer Prizes, and MacArthur “genius grants”, as well as recipients of fellowships from the Guggenheim Foundation, the National Endowment for the Arts, Rome’s American Academy, and the Pollock-Krasner Foundation.  More information about the Virginia Center for the Creative Arts can be found online.

Now that you know the full story of the Virginia Center for the Creative Arts at Prospect Hill Plantation, perhaps you’ll want to visit to see what the attraction was in the first place.  You, too, can experience the peace, quiet, and solitude those early artists found at Prospect Hill.  Our rooms and cottages can be viewed here, and you can book your visit here.  We hope to see you soon!